BLOG TOUR: Minutes Before Sunset by Shannon A. Thompson 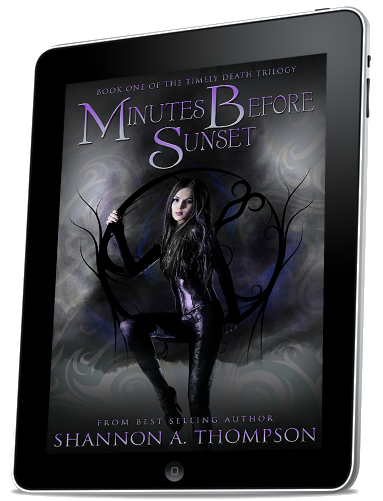 “Her kiss could kill us, and my consent signed our death certificates.”

Eric Welborn isn’t completely human, but he isn’t the only shade in the small Midwest town of Hayworth. With one year left before his eighteenth birthday, Eric is destined to win a long-raging war for his kind. But then she happens. In the middle of the night, Eric meets a nameless shade, and she’s powerful—too powerful—and his beliefs are altered. The Dark has lied to him, and he’s determined to figure out exactly what lies were told, even if the secrets protect his survival.

Jessica Taylor moves to Hayworth, and her only goal is to find more information on her deceased biological family. Her adoptive parents agree to help on one condition: perfect grades. And Jessica is distraught when she’s assigned as Eric’s class partner. He won’t help, let alone talk to her, but she’s determined to change him—even if it means revealing everything he’s strived to hide.

“You look mad,” he said, quieter this time.
I wouldn’t look at him. “I am.”
“Why?”
“Because I don’t get you,” I admitted. “I have no idea why you’re acting this way, and it makes me feel like I don’t know you.”
“I didn’t realize you wanted to know me,” he said, and I turned around, momentarily meeting his eyes. They were dark, shadowed by an expression I hadn’t seen before.
“Why wouldn’t I?” I asked, feeling heat crawl over my neck. “We’ve already spent a lot of time together.”
“For a project that’s completed, Jessica,” he said, and he shook his head, driving silently through my neighborhood. I waited for him to speak, but he didn’t. Soon, we were at the end of my driveway. Eric shoved the gears into park, and I reached for the door, but he locked it.
“Why are you so interested in my life?” he asked, and my heart pounded. I didn’t say anything. His eyes met mine, filled with an intensity that made me shudder. “It’s not that great.”
“I know,” I managed. My voice was shaking.
His face reddened. “But you ask questions.”
“And you answer them.”
His mouth opened, but then it snapped shut. He sighed, turned away, and grabbed the steering wheel as if he were driving again. We remained parked. “I’m Eric James Welborn,” he stated, his voice wavering into an awkwardness I’d never heard with his normally confident and cocky attitude.
James? His middle name felt personal—like he had opened up a side of himself he’d forgotten about. But I didn’t feel intrusive. I felt comforted, like I already knew the answer before he’d spoken it. But I hadn’t.
“Your name doesn’t tell me who you are,” I said, surprised by my fluidity.
He barely smiled. “Maybe I like it that way.”
“I don’t.”

If you could change places with any of your characters for a day, who would it be and why?

Out of the characters in The Timely Death Trilogy, I would love to be Jonathon Stone.
He was my favorite character—probably because he’s so dear to the protagonists, and I was always in the protagonists’ minds. I hold so much love for him, and I know of so much more that happened to his character that didn’t make it into the story (which is a shame). As the author, he was the one who surprised me the most, too. When I thought he would be funny, he would be serious. When Eric or Jessica needed to hear something, he seemed to always be the one to say what they needed (without me even planning it). Jonathon simply brought so much to the Dark table, so much that I truly believe the trilogy would’ve been much different without his half-blind artist’s eye.

Because every character in The Timely Death Trilogy has two identities, too, I found Jonathon’s shade form—Pierce—just as equally fascinating. Out of all the characters in the trilogy, Jonathon is the most opposite from his human self in his shade form. For instance, as a human—as Jonathon—he is scrawny, quiet, blind in one eye, and a genius painter. But as a shade—as Pierce—he’s fierce, strong, independent, and loud. A slight spoiler—yes—but when Pierce, as a shade, confesses that he can’t paint as a shade, that he can only paint as a human, I knew I fell in love with Jonathon. Despite having stark opposite identities, he always seemed to be the one who accepted all of his sides—both good and bad—and all he strived for was to help the loved ones around him see the same thing.

I simply feel he has an amazing story of his own to tell, even though he called himself the sidekick. I have the strong believe most sidekicks do. In fact, I think they might be the true heroes. 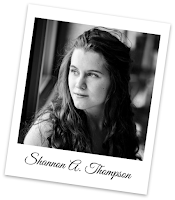 Shannon A. Thompson is a twenty-three-year-old author, avid reader, and habitual chatterbox. She was merely sixteen when she was first published, and a lot has happened since then. Thompson’s work has appeared in numerous poetry collections and anthologies, and her first installment of The Timely Death Trilogy became Goodreads’ Book of the Month. As a novelist, poet, and blogger, Thompson spends her free time writing and sharing ideas with her black cat named after her favorite actor, Humphrey Bogart. Between writing and befriending cats, she graduated from the University of Kansas with a bachelor’s degree in English, and she travels whenever the road calls her. 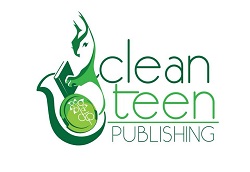 
Giveaway is International.
a Rafflecopter giveaway 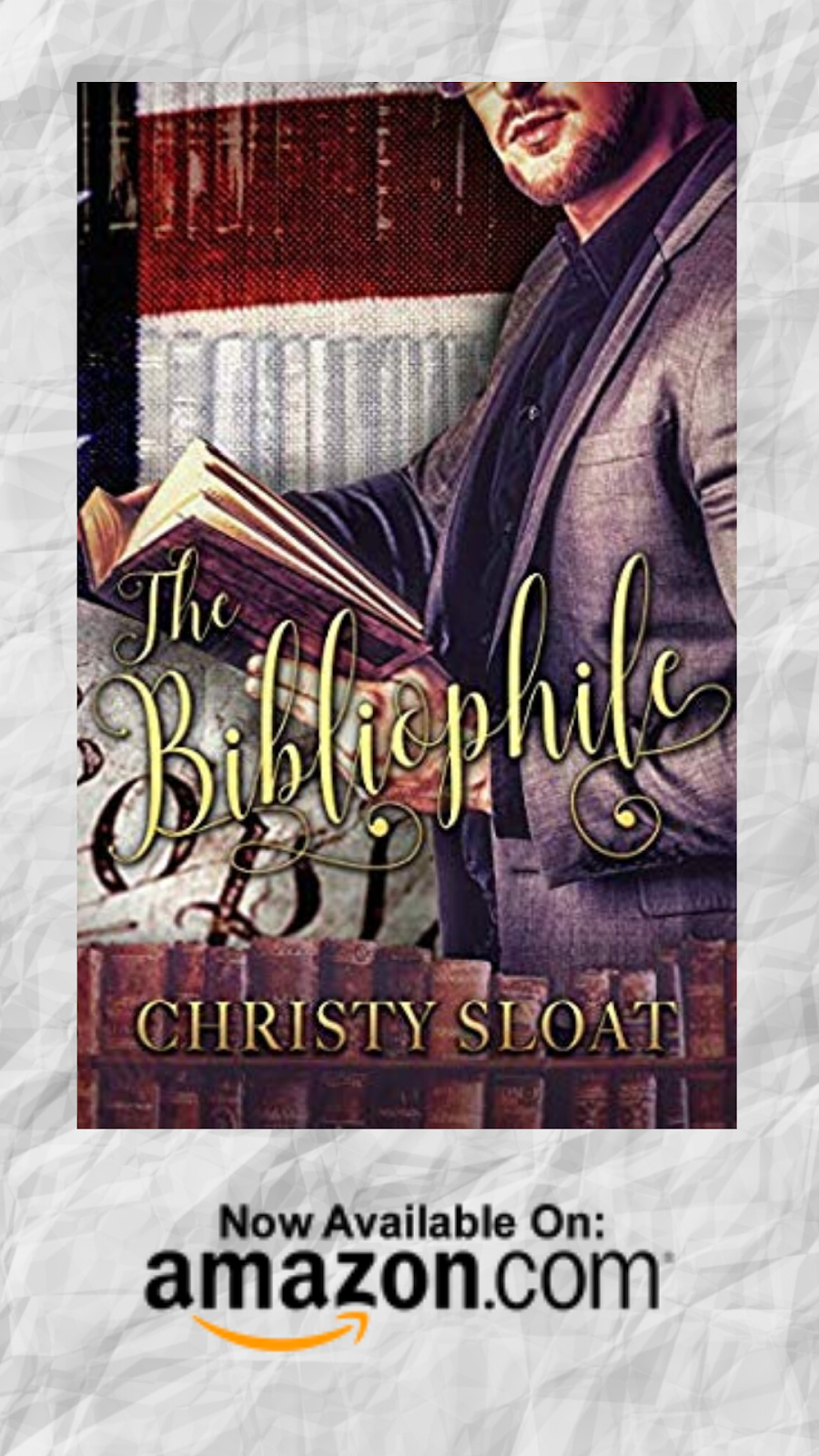 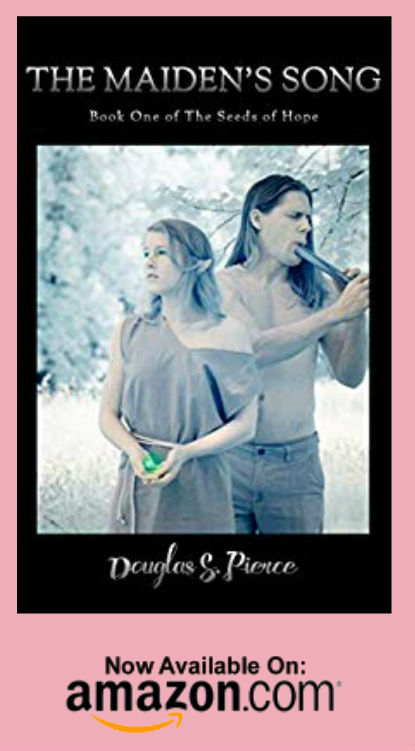