Dallas August runs a dangerous business—an organization of elite spies for hire.
The secrets trade.
Nothing is off limits, and no price is too high.
When asked to uncover what recluse Gwen Marsh knows about a Mafia kingpin’s death, Dallas poses as a bodyguard to get close to his target, but the stubborn Asian beauty wants nothing to do with him. As the FBI and the Mafia close in, danger drives them together, but can he protect Gwen, or will Dallas be the one risking everything to discover what she is really hiding?
Dallas August is about to find out how dangerous life can be as one of the Secret Brokers.
Once you are in, there is no turning back.

EXCERPT
Dallas came alongside the sofa. “Meeting your father has given me a little more insight into you. He’s tough and made you tough, too.”
“Tough enough for a woman, my father would argue. In his eyes, I’ll never be quite good enough.”
He studied her profile, questioning why she wasn’t shouting, causing an uproar, or engaging in another war of words. He’d kept away to avoid an altercation about his reasons for being there, but as she sat on the sofa, almost appearing comfortable with him, her behavior confounded Dallas more than her brutal stubbornness.
The firelight shimmered off a bottle stuck between her crossed legs.
“Where did you get that?”
She lifted a half-full bottle of vodka. “Dad doesn’t keep liquor in the house, so I smuggled it in. I put it in my bag back at Carl’s. I remembered it when I couldn’t get to sleep.”
The reason for her mellow mood revealed, his trepidation melted away. “Can I join you?”
She waved him to the sofa, wobbling as she moved. “Go right ahead.”
He sat and became hypnotized by the firelight on the portrait. The lines and color of the subject's hands and the way her long dress draped around her ankles impressed him. It was a piece worthy of Carl’s collection.
“Is that your mother?”
She took a long swallow of the vodka and then nodded.
“It was a present from my father right after they adopted me.” She held out the bottle to him. “Do you want some?”
Dallas took the vodka, inspecting her flushed cheeks and the dots of sweat on her brow. “How long have you been down here drinking?”
She rested her head on the sofa and closed her eyes. “A while.”
He brought the bottle to his lips and took a long deep swig. The burn hit the back of his throat, and he shuddered with relief.
She turned to him. “What brought you down here, other than your usual bullshit?”
He swallowed hard, caught off guard. “My usual bullshit?”
“All that stuff you carry around like a fifty-pound weight.” Gwen waved an unsteady hand at his face. “I can see it in your eyes like a loathsome secret you can’t share with anyone. Sometimes you look just as lost as I feel.”
“You’re not lost.” He set the bottle on the floor, wanting to stay sharp. “You know where you’re going and what you want.”
Her heavy sigh rose over the snapping of the fire. “You have no idea what I’m talking about.”
He inched closer, admiring the curve of her jaw. “Explain it to me.”
She rocked her head forward, glaring at him. “Why do you care? You came to get my secret. That’s what you do—steal secrets and pass them on to the highest bidder.” She wrinkled her brow. “How do you sleep at night?”
A lock of her hair tumbled over her shoulder. He wrapped the silky curl around his finger.
“I don’t steal secrets. Whatever you think of me, I came here to protect you.”
She nodded, and her head lolled to the side. “And you’ve done that. Job over. You can go home and forget about me.”
He let go of her hair and sat back, perturbed by his constant hunger for her. It kept him from stealing the key and walking away. He hoped it died once he returned to New York.
“Forgetting you is going to be difficult.”
She rested her cheek on the sofa, tilting her head, and dissecting his face with her gaze. “I thought you hated me. I got on your nerves, frustrated the hell out of you, never listened to a word you said and—”
“Got under my skin in the process.”
He put his face closer to hers, and something broke inside him. It was like a tall wall tumbling after a great siege, and all the emotions he’d kept locked away were free.

Alexandrea Weis is an advanced practice registered nurse who was born and raised in New Orleans. Having been brought up in the motion picture industry, she learned to tell stories from a different perspective and began writing at the age of eight. Infusing the rich tapestry of her hometown into her award-winning novels, she believes that creating vivid characters makes a story memorable. A permitted/certified wildlife rehabber with the Louisiana Wildlife and Fisheries, Weis rescues orphaned and injured wildlife. She lives with her husband and pets in New Orleans. 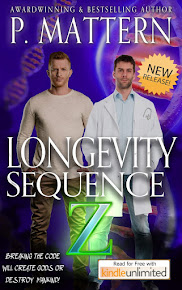