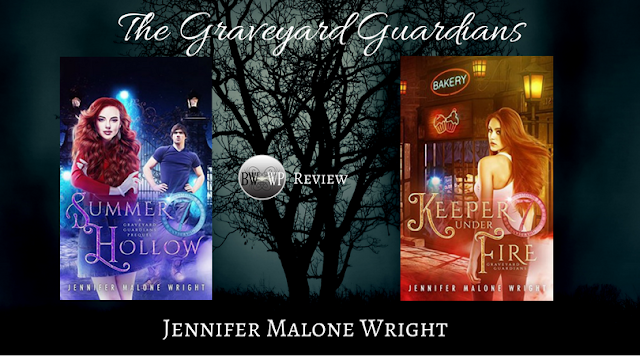 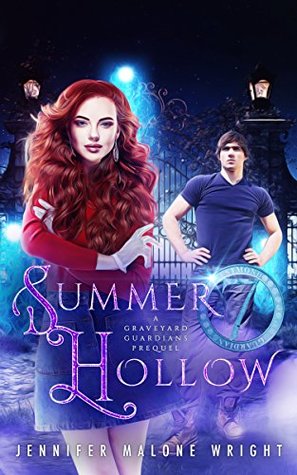 Killing Reapers is just another day in the life of a Keeper. Kat Davenport spends her nights guarding souls. The Bay Area graveyards are a hot bed for Reaper activity and slow nights are rare. She is good at what she does and loves every minute of it. But when she is suddenly reassigned to the blink and you’ll miss it, town of Summer Hollow, she is far from happy about the move. Gregory Esmond has taken over the graveyard in Summer Hollow. His family has guarded this Graveyard for generations and now it was all his … that is, except for the girl from the Bay Area who was assigned to help him. Kat was loud mouthed, inappropriate at times and fearless. Two out of three of those things were completely the opposite of him. The two Keepers must learn to work together despite their differences. Their lives will depend on it.

What another amazing story in the Graveyard Guardian series. I just love this one and it brings everything together.

The characters are phenomenal! I loved this story of how Kat and Greg met and where the Esmond family starts.

The story-line was incredible. I was completely sucked right into the story from beginning to end. This author has a way with words that will entice you to continue to read and crave to read more. I highly recommend this read. 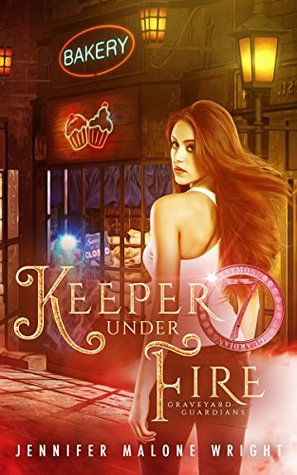 The Reapers are coming… The Keepers are ready to fight … to defend their home and the souls, no matter what the cost. Olivia Estmond is tired of waiting to be attacked. It is time for the Keepers to strike first against the Reaper Empress. Preparing to fight is not a new concept for Liv, but living with a target on your back is not something she has ever dealt with. The Reapers were ordered to take out the entire Estmond family, and unless the Keepers did something about it, they wouldn’t stop until their mission was complete. Not long ago, Aiden was a high-ranking soldier in the Reaper Army, but now he has fallen from grace in the eyes of the Empress. More than that, he wants his best friend back. He grew up with Jack and the two were once like brothers. Now, more than ever, he needed his brother. However, what he didn’t expect from becoming a double agent, was the attraction to a sexy red headed Keeper that came with the job.

What another amazing story this was. I absolutely love this series so much!

The characters are amazing. I loved reading about Liv and Aiden. Both characters are powerful and headstrong. Liv was sassy and vivacious and I loved every minute of her part of the story. Aiden was sexy and strong, but had a soft heart that Liv brought forth. These are the perfect character couples.

The story-line was phenomenal! So many twists and turns that I didn't see coming. I felt as if I could connect with the story. There were some feelers that left me emotional at times in a good way. I felt what these characters were feeling. I highly recommend this read.