BLOG TOUR: The House on Sunset by Lindsay Fischer 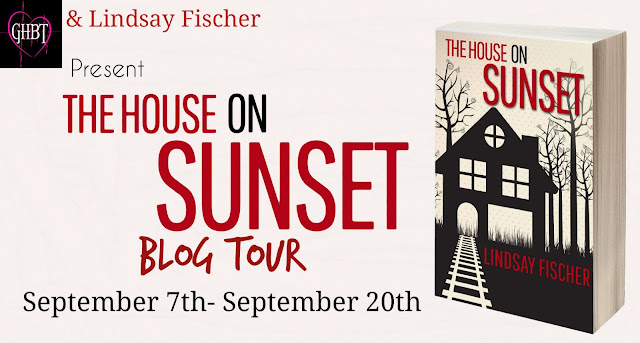 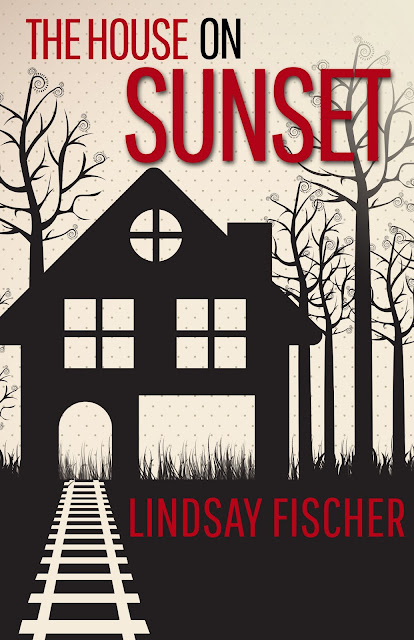 Lindsay Fischer was once a high school English teacher with dreams stretching far outside the classroom. When her boyfriend of a year-and-a-half cheated on her, Lindsay found herself alone, looking online for a replacement. His name was Mike.

That’s where the nightmare started.

The House on Sunset is a memoir, a collection of reminiscences, scattering the ashes of two broken homes and putting them to rest. Each chapter offers a different glimpse inside the cycle of intimate partner violence, where honeymoon phases and traumas coexist.

Everyone could fall victim to abusers. This book bravely displays the reasons a quirky, twenty-something teacher would, and did.

“Survivors are cut from the same string: a strong, fully-committed and unwavering devotion to people who steal our hearts. As we unravel, we calculate how much more we can take. We never have an answer to that question, but we know we’ll keep saying one more try. If this is the last time and we help, then the suffering was worth it.

I'm a survivor of domestic violence. I'm a survivor of a relationship with a sociopath. I'm a survivor of physical assault, rape, financial abuse, and brainwashing. I lost my house. I lost my car. I lost myself.
Survivors sacrifice our bodies and minds, our wallets and hearts, for the chance to save someone else. They tell us we’re not good enough and we believe it. We’re too ugly, too fat, too smart, too stupid, too much. Not enough. They dehumanize us with sociopathic skill so when we look in the silver-framed mirror above the sinks where we cry and puke, the person we see is unidentifiable, skewed by what we think are our mistakes and blemishes. (My therapist called it body dysmorphic disorder. I call it a physical manifestation of exactly how I felt inside. I had no idea who I was anymore.) And that’s before we leave, or attempt to leave. The sad thing? Some don’t leave, and help never arrives.

After, it’s the same. Nothing looks, feels or sounds normal, whatever that means. We stare at the world, searching for remnants of things we recognize. Good things. Bad things. Anything.

We fight our post-traumatic stress disorder to go outside. (Mostly because we’re guilted into it.) Everyone has an opinion on how survivors should heal. And as we round corners, we look back over our left shoulders then our right shoulders, just to be safe, certain our attackers aren’t standing behind us. In public, we lean against concrete walls and touch them, stroking the rough, creviced surface to feel the safety of a structure.

People tell us what we should and shouldn’t do. Bosses and acquaintances tilt their heads slightly up and over as we walk past with drooping heads. This is the obvious contrast between those who survived and those who did not understand. We should be happy because we left. It’s over. Honestly, (sometimes I doubt this too) they weren’t worth the time and devotion.

On the bad days, we hurt ourselves. We rip towel racks out of the wall and slam them into our skulls over and over until our physical bodies hurt more than our minds. Most difficult, it’s hard to know how to free ourselves from the guilt, fear, and pain. Survivors have days we’re numb and not sure what’s worse, feeling insufferable pain or apathy. Then we replace the towel rack so no one else knows we still suffer.

This process is appalling. The healing is just as hard as the abuse—another kind of pain. We’re brainwashed. Then we have to try everything over. We don’t know if we like strawberry or grape jelly.

Is it okay to have an opinion? The lines blur between the abuser and victim. Are these beliefs his or mine? Maybe they’re a mixture of both now. Any answer isn’t real anyway, even if they were our own, we probably don’t believe the same things anymore.

I won’t lie about my journey: The pain didn’t stop when the beatings did.
I still have days when it’s hard to brush my teeth or go to the grocery store. Holidays make me anxious. I haven’t been back to his hometown since I left that hot July morning, an hour after he tried to kill me on the basement floor.

It’s been five and a half years since I left Mike, and eight months since I graduated from abuse therapy. In that time, I’ve read Lundy Bancroft and Brene Brown. I’ve watched TEDx talks from Leslie Morgan Steiner and Jackson Katz. I’ve researched. And read more. And I wrote and wrote and wrote.

Strange and bitterly obvious, it’s difficult to live, strive to be good, in a society eager to ingest and quickly overlook what is painful and scary. Domestic violence is an issue many people choose to ignore. Not me. My life was forever changed because the man I fell in love with manipulated me and used his physical size, professional reach, and personal illness to strip me of my ability to live without terror. I can’t escape questioning moments, simple to complex, if I’m being logical or driven by the nightmares left behind.
He treated me as though I wasn’t human and, on some levels, I’m not anymore. Any clues I leave behind could lead him to me. It’s not fair. But I’m alive.

I call myself a survivor.

Before the house on Sunset, I would’ve laughed if anyone suggested I’d become a spear-carrying member of this tribe. Happy to say I’m still here, and this is my story.” 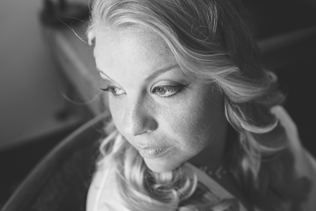 About  the Author-
Lindsay Fischer graduated from Missouri State University with a Bachelor of Science in secondary education, English. An avid reader and learner, Lindsay took her passion for words into a classroom before starting a writing career. Life pulled her from the classroom, providing an opportunity to use her voice against domestic violence, blogging under the pseudonym, Sarafina Bianco, since 2009. You can find her words at survivorswillbeheard.com and speak directly to her when she hosts #domesticviolencechat on Twitter. Lindsay hopes to be an advocate for women, men and children who still live inside the nightmare of their abuse. She currently lives with her husband and three dogs, including Watson, in St. Louis, Missouri.