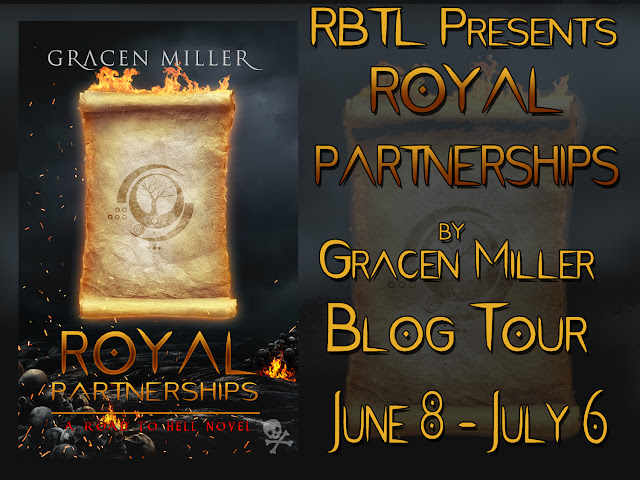 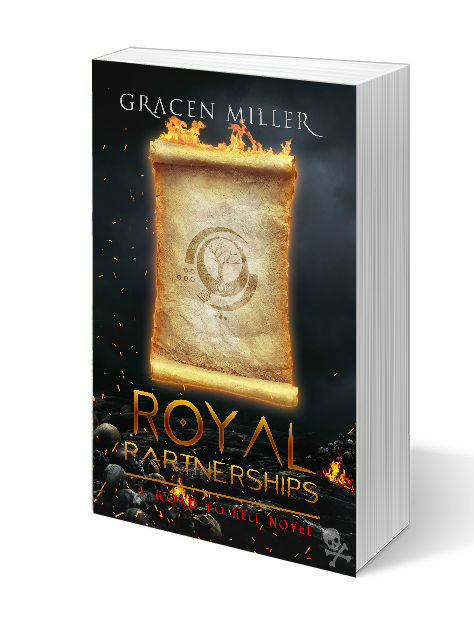 It’s good to be the Queen…
Having ascended the throne of Hell, Madison Wescott is finally able to breathe a sigh of relief. Though she has embraced her demonic nature, she has ensured the safety of everyone she loves. With both Micah and Nix at her side, she wields more power than she could have ever imagined.
But not even the throne is safe when you rule in Hell.


In the wake of a failed assassination attempt, Madison learns about a realm of the damned older than Hell itself. A fierce and powerful incubus vows to escape his imprisonment there — and his efforts are weakening the bonds that hold him and countless other monsters at bay. With no plan and nowhere else to turn, Madison contacts an unlikely source for help. But whose side is he really on? Will he help preserve her reign, or bring about Hell’s downfall?
Choose your partnerships carefully…

Excerpt 1
(Sexy, with graphic language)
Accented voice, his lilt flowed over her like rich wine, flavorful, intoxicating, and promised sinful delights. “I am Aramayis. I governor this realm. You may swear fealty to me now.”
She would swear fealty to no one. Not Hell like Micah wanted and damn sure not this unknown creature. “You’re an incubus.”
“You are a succubus.” He trailed his fingers along her cheek, and Madison made no effort to stop his forwardness. “Although, not very powerful. Pity. You will need power to survive our world.” He circled her. “Maybe you can persuade me to protect you.”
As if I’d stoop that low!
“You have fantastic lines, great breasts”—he met her eyes briefly as he continued to prowl about her—“hips a man can grip to anchor himself between your thighs.” He stopped behind her, his breath puffing against the back of her ear, much too close for her peace of mind. She also recognized it as a tactical move to dominate her. “And a fantastic ass.” His fingers slid through her hair and down her spine
She turned to face him just as his hand would’ve landed on her ass.
He smiled, devastating her for a heartbeat with his beauty. I want to fuck him. I need to—the asshole is mind-fucking me with his mojo.
The stretch of his power scared her a little. She couldn’t enthrall without touch. That he could alarmed her.
Madison laughed. “You’re good. I almost wanted to screw you for a moment.”
A smug tilt hit one corner of his lips. Classy. Real classy. He bragged without saying a word. That took talent, not to mention big-fucking balls.
“That is why I govern this realm.” Aramayis swept his hand to indicate the cavern at large.
He is much too arrogant.
Agreed, said her inner demon. Time to bring him down a notch…or ten. Usha giggled like she’d enjoy his fall from the pedestal he’d placed himself upon.
Madison lifted her hand and sifted her fingers through his hair. Cool tresses heated her fingertips. Everything about him must be designed to emit pheromones because she could feel them leeching into her flesh through his hair. Humanity would never be able to withstand his alluring vibe.
“Can you tone down your incubus elixir?”
“If I want.” He watched her, his gaze calculated, and his mouth turned into an eternal smirk. “I rarely want.” Double innuendo there, she bet.
“I’m Lynx.” His smile fell as his unnamed companions put some distance between them. At least they recognized her deadliness. “I also own the power of Pandora.”

The author provided me with a digital ARC copy of the book for review purposes only. No remuneration was exchanged.

SOMEONE CLOSE TO YOU WILL BETRAY YOU………

I am super excited about this book and I love how it starts off where book 3 ended and as always this author has left us with another HUGE cliffhanger, in which she is so darn good at. I have so many questions floating through my head, I just don’t know how to control them and my mind is just racing from all the action, suspense, and sex.

What an amazingly WILD ride this was. I, of course was hooked straight from the beginning, like I have been with this whole series. The characters are phenomenal and I felt as if I was part of the story. I love the romance and the sex scene between Madison, Nix, and Micah. It really made me need a cold shower after that hotness.

Zen, of course, is still my favorite character in the story. I can’t wait to learn a little bit more about him. He has quite a tale that I can tell just by this story and I am anxious to know more. I just hope it’s nothing too bad.

This is an extremely fast paced and well written story. YOU WILL BE HOOKED!!!! If you are like me, this will be your new addiction and you won’t be able to get enough. But that is for you to read for yourself, so get your copy, I highly recommend it and I DARE YOU!!!!

Who is your favorite villain? From Your Road to Hell Series. Why?
Elias is my favorite villain. He’s the character even I love to hate. As one of the Kings of Hell, he is not a likeable guy, and doesn’t have many endearing traits. In his opinion love is for fools and weakens a person. He’s crass and annoying, but I love writing him because his banter with the heroine, Madison, is so much fun to write. Elias is also the easiest of the characters to write because he’s the least complicated. His priorities are simple…Hell’s survival and family-first. He doesn’t show his emotions often, but when he does, that’s when the readers seem to hate him the most…and I fall a little more for him. Morals are never an issue for him because he doesn’t employ many. He takes his vows seriously though, and while many hate him for that, it’s one of his most appealing assets in my opinion. He makes no apologies for his behavior because he thinks he’s never wrong, he might’ve miscalculated with faulty information, but he’s never wrong. But most of all, he’s my favorite to write because he can do anything—even try to kill the love of his brother’s life—and the readers don’t question his behavior because he’s evil to his very core. He’s the one I never have to worry if I’ve gone too far with him because there’s no such thing as too far with Elias. 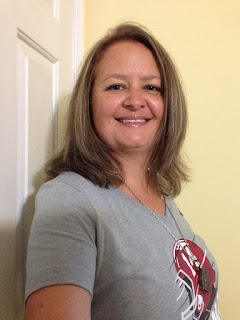 Gracen is a hopeless daydreamer masquerading as a “normal” person in southern society. When not writing, she’s a full-time basketball/lacrosse/guitar mom for her two sons and a devoted wife to her real-life hero-husband of over twenty years. She has an unusual relationship with her muse, Dom, but credits all her creative success to his brilliant mind. She’s addicted to writing, paranormal romance novels and movies, Alabama football, and coffee...addictions are not necessarily in order of priority. She’s convinced coffee is nectar from the gods and when blending coffee and writing together it generates the perfect creative merger. Many of her creative worlds are spawned from coffee highs and Dom’s aggressive demands. Gracen writes in multiple genres—paranormal romance, paranormal erotic romance, and contemporary romance. To learn more about Gracen or to leave her a comment, visit her website at www.gracen-miller.com.